Kenya: Will Citizen Media participate to ensure peaceful elections in Kenya in 2012-13?

During Kenya’s general elections of 2007, residents of this East African nation went into post-election violence.

Ushahidi’s Ory Okolloh, David Kobia, Julia Rotich and Eric Hersman saw these developments as an opportunity to launch a website that would ensure leverage is achieved by citizen media during the post-election violence. 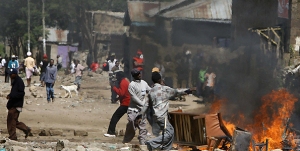 The results of this website were the best demonstration of the immense power that the world’s citizen journalists can have and how they can facilitate empowerment and community self-sufficiency.

While many Kenyans are unsure of whether there will be peace during Kenya’s elections of 2012-13, it seems that the online community is trying to encourage the citizen media to play a proactive role in encouraging peaceful elections and not just reporting on the outcome of the elections.

Alice W. Munyua is of the opinion that in order to prevent the extent and power of genocidal information is to have more positive and analytical information. Sarah Bakata shares the same view and even goes to the extent of stating that election violence was hatched in the Kenyan blogosphere.

This task is being addressed by many global citizen journalists and Picha Mtaani is one notable initiative that seeks to “train and equip a new generation of Kenyan journalists to produce professional-quality alternative media content on issues that matter most.

The most important challenge for citizen journalists; is to ensure peaceful elections in Kenya in 2012-13. If each of us in this community takes steps to ensure peace in maintained, then there shall be lasting peace indeed.